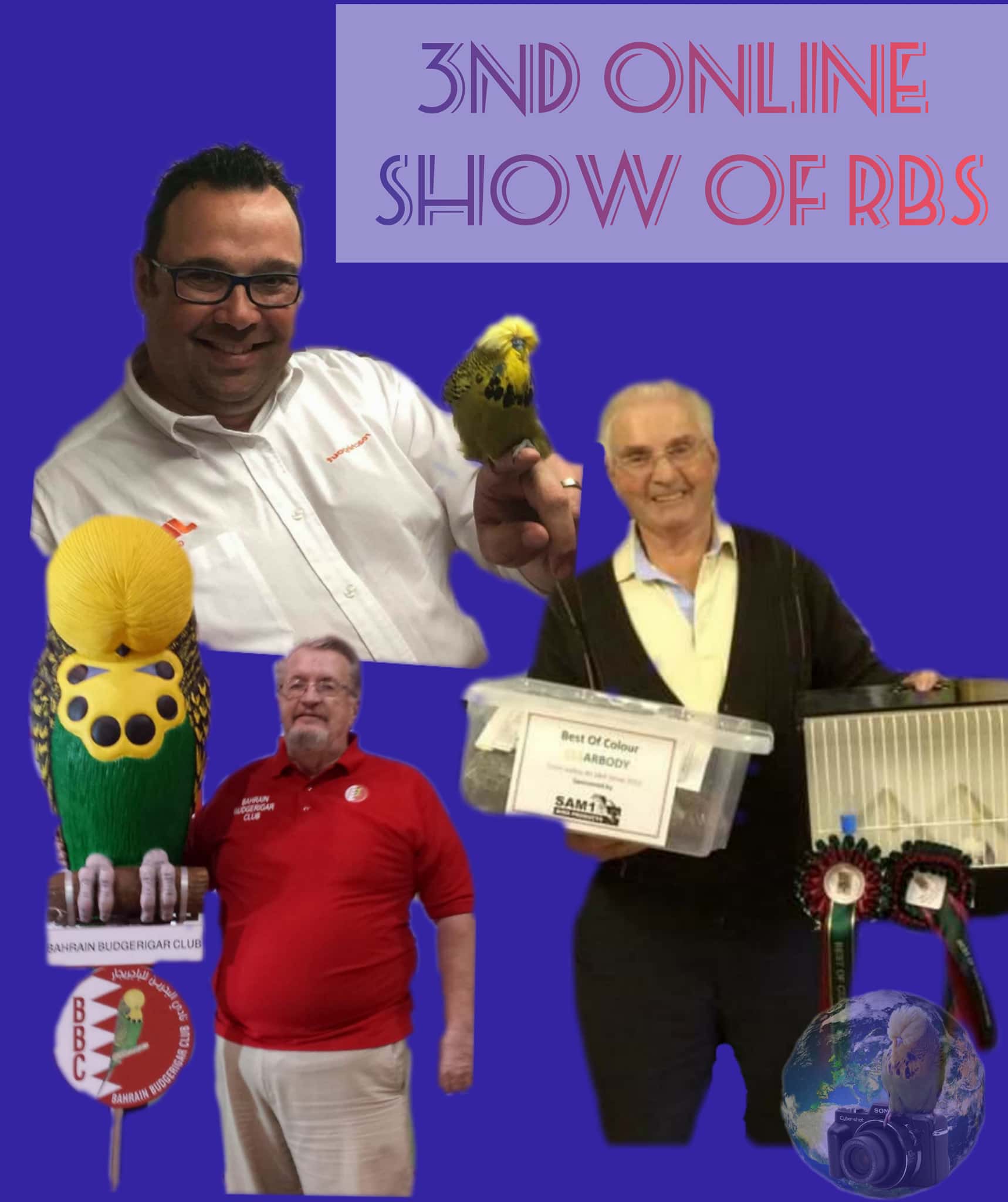 In recent years, and certainly since COVID closed down many countries, “Online Shows” and “Budgie Photo Contests” have become popular.

Both serve a role in promoting our hobby, creating excitement, and while many of us are kept at home during lockdowns under local pandemic guidelines, they provide a welcome release and opportunity to “show” our birds.

Most of these online events are really “photo contests” where pics are collected and judged by members or friends rather than qualified judges. Good fun… and also good practice if these people have ambitions to become a judge someday in the future. A few are well planned and organized similar to an actual “live show” with classes for cocks, hens, and young birds within the common varieties. Birds that win classes move on the compete for major awards including Best In Show.

These virtual shows are frequently judged by well-known international judges. They judge the classes and agree on major awards in a separate closed site/page and the Show Manager Administrator makes announcements for the public to see the results.

The true pioneer of online shows was Tania Okorokova from Russia. The country is so large, spread over several time zones, making it is almost impossible for most breeders to attend a national show.

In 2018 WBO sanctioned an online show for the country’s national championship and provided rosettes to be awarded to winners.

Using Facebook groups Tania gradually designed a process so birds could be judged in a similar manner to national shows around the World.

The first RBS Online Show was held the same year.

Initially, Tania did most of the work with a little help from a programmer and a graphics designer. Today she has help from Dmitry Lagutin with the time-consuming tasks of cropping and numbering entries, and arranging the pics in their classes.

How it works for the judges

From a judge’s perspective, Tania’s RBS shows are a dream to judge (where some others have been nightmares.. lol).

Pete Collins from England, Maarten Heylen – Belgium, and I have been invited to judge all the shows to date. It has been interesting to see the improvements made before each show to make it easier for us to judge.

When Tania has all the birds placed in their respective classes and she knows the total number in each, classes are assigned for each of us so we each have a similar number of birds to judge.

The… We can sit at a computer in our own home, at any convenient time, and place birds 1st through 7th in each class. Tania then places pics of the winning birds in “Section” folders.

At an agreed time, so it works for all time-zones, Tania and the judges meet … and we judge the section folders to determine best of varieties, best adults and young cocks and hens.. and later the premier awards, Best In Show, Best Opposite Sex, Best Young, and Best Young Opposite Sex.

When judging most groups all of us tend to agree, but when this does not happen we discuss and vote until we agree on a final decision.

When judging is completed Tania publishes the results along with Judges’ comments on each entry on the RBS group page.

Benefits for club members and exhibitors

An interesting benefit from the three of us judging all shows is we can see how the birds in Russia are improving year after year and are later able to offer suggestions we hope will help.

As an additional benefit for members, following recent shows Tania arranged a ZOOM Conference her locals can attend and hear Judges’ comments, which Tania translates, and ask any questions.

RBS also holds ZOOM seminars with well-known breeders, most recently Daniel Lutolf, that can be attended by a limited number of interested people around the World. A video of the program is later shared so anyone can watch.

What the future holds

Based on interest many Clubs and Societies show it is likely virtual shows will increase, and be held around the World. Not to replace exiting live shows where we meet and spend time with friends, but to complement them… and provide a needed avenue for those breeders who cannot attend live shows because of distance or cost.

Processing all the photos and building the class albums is a very time-consuming task, especially when only one or two people are involved. To make it manageable total entries are best kept at 200-300 entries, certainly enough for a local, regional, or even national show.

If in the future, if the process could be automated, larger entries may be possible, opening the door for shows including several countries, or even a World Championship Show.

You can take advantage of the years of experience from Tania OK. She shares the guidelines and methods she uses for the Russian Budgerigar Society shows to clubs and societies that are interested in including online shows on their calendar.