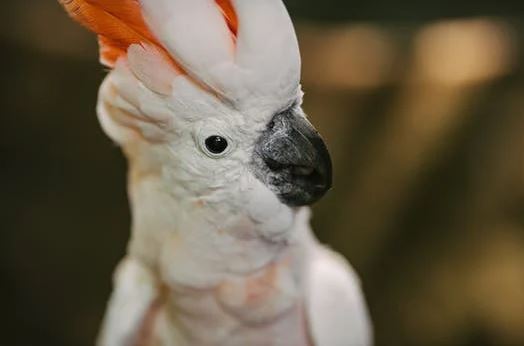 How to breed Cockatoos Part 2 – by Tony Silva

Cockatoo nests should never be filled with shavings. Rather rotted wood should be used to fill it to the entrance. This will force the pair to chew the wood into slivers for nesting. The behavior detracts from aggression and seems to induce the birds coming into breeding condition. This preparatory phase occurs in the wild, where the pair not only work on preparing the internal cavity but also (especially the male) in defacing the cavity. I suspect this activity is intended to deter predation by varanids lizards, which can and will consume eggs and chicks, as well as alert other cockatoos that the cavity is occupied.

Diet is an important consideration for cockatoos. The fresh imports were fixated on sunflower or safflower seed and could rarely be induced to eat much more than corn on the cob and occasionally some apple. Over time these birds or their offspring were converted to a broader diet that included pellets, fruits, green,s, and vegetables. All of my cockatoos are maintained on a pelleted diet supplemented primarily with vegetables, greens, and some fruit.

We provide many of the food items that they encounter in the wild. As an example, our Moluccans are given green coconuts, which they eat in the wild. The birds will spend time chewing at the fibrous covering and then they either drink the milk or eat the thin flesh. We do not feed nuts to the cockatoos as I do not believe they have evolved to cope with the high-fat content; indeed some species can develop fatty tumors if fed fatty seeds or nuts as a large proportion of their diet.

Cockatoos can be classified as easy to moderate breeders, with a few species being regarded as difficult to breed. The main difficulties in breeding them in my opinion are compatibility (a problem especially evident in imprinted individuals), male aggression, and egg breakage. Aggression has already been discussed, though I am sure that the definitive word on what causes this behavior is far from appearing in print.

Egg breakage is a common occurrence in cockatoos. There are, I believe, several reasons for this. In the wild, I do not believe that males spent nearly as much time at their nest as in captivity. They are, in my opinion, the primary culprits when it comes to egg breakage. Indeed of six nests that during several years contained cameras, when eggs were broken they could be attributed 71% of the time to the male. Wild nests are deep and dark. In captivity, we tend to give the birds roomy and rather shallow nests. I have two pairs of Moluccan Cockatoos that formerly broke their eggs.

When a much deeper nest (48 inches deep, 120 cm) was provided, the egg breakage stopped. I applied this theory after seeing Blue-throated Conures Pyrrhura cruentata and Amazon parrots in the Caribbean, where predatory birds would take the eggs or chicks if they could see the nest bottom. The deeper nests invariably had a higher success rate. The shallow nests contained far more activity than the deeper nests, where the hens tended to incubate without the nervousness seen in the shallow nests. Finally, imprinting may be a factor that contributes to the destruction, as the birds are often expected to start incubating from the first clutch, this without the experience they would have gathered in the wild by observing their parents or even by participating in the breeding/rearing phase.

In the Indonesian cockatoos, incubation is shared in captivity; in the wild, I believe males spend very little time inside the nest. (In Zanda black cockatoos only the hens incubate and this may be as a result of an evolutionary trend.) The average clutch contains two eggs. The eggs hatch after 26 to 28 days depending on the species, with the shorter incubation period applying to the smaller species. The chick has a variable amount of down, which is yellow. The intensity of the down color can range from bright to a whitish-yellowish.

All of the cockatoos are easily hand-reared with the exception of the Palm, whose digestive system is uniquely adapted for feeding on key species endemic to its habitat, and the Glossy Calyptorhycnhus lathami, whose thick down can cause it to overheat; it also has a slower than normal digestive system; the Glossy feeds primarily on the tiny seeds of Allocasuarina, which require a tremendous effort to collect and this necessitates that both the parents work at gathering food to satiate the appetite of the growing youngster.

When hand-rearing cockatoos, avoid high-fat diets for the white species, as they can suffer from fatty liver disease. Try and rear more than one chick together, as this can reduce the often annoying crying. Introduce foods at a relatively early age. If the chicks are intended for breeding, avoid imprinting at all costs and if possible rear them in a group, so that they are fully aware that they are birds and not feathered humans. For pets, teach them to play on their own by introducing them to enrichment and toys at an early age.

Do not spend all of the day playing and petting them, no matter how cute they are or how much you love to interact with them. They must develop their own independent personality; they are not an extension of your body.  Playing sessions are fine–but in moderation, erratically so that the bird does not expect the attention at the same time each day and initially incorporating toys and enrichment. The objective must be in developing an independent spirit and not a dependent child who must cling to its owner continuously.

As cage and aviary birds, the cockatoos are a favorite. They are my current obsession not only because of the plight of many species but also because of their beauty and intelligence. This is a group that the future owner, especially the pet owner, can never acquire on impulse. Cockatoos are not an easy group and acquiring one comes with huge responsibilities that many sadly can never meet. They may be cuddly but they can also turn aggressive, can be loud, destructive, and controlling. With this group, the saying caveat emptor is especially apropos!

This article, How to breed Cockatoos Part 1, and ALL TONY’S ARTICLES IS AVAILABLE IN THIS eBook, available to subscribers only.