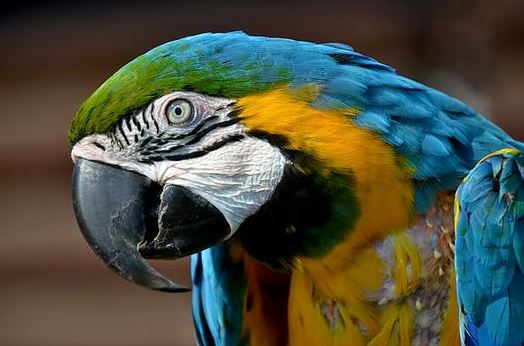 Q & A: “What is the cause of parrot plucking?” Part 1 by Tony Silva

If I were to compile a list of parrots that are prone to plucking, I would list cockatoos, African Greys Psittacus erithacus, Quaker Parakeets Myiopsitta monachus, Eclectus (especially Eclectus roratus vosmaeri), macaws, and Amazons as the species in which this problem is most commonly reported.

Many other species can pluck, but in my opinion, these species are most prone to do so. When these parrots are examined as a group for a causal factor, five key characteristics come to mind: 1) they are highly intelligent, 2) they have a complex social structure that is not easily replicated in captivity, 3) they are prone to deficiencies, either dietary or environmentally based, 4) they are naturally sexually active and this arousal may contribute to a degree of frustration, that results in feather pulling, or 5) they may be prone to suffer from some illness, often skin fungus, which predisposes them to remove their feathers.

1) Parrots are extremely intelligent creatures, but some clearly exceed others in their acumen. As an example, the intelligence of an African Grey cannot be compared to that of an Eclectus Parrot. The former observe and record in their mind every event in the household, are emotionally sensitive, and display a level of reasoning not understood by those unfamiliar with them.

They can suffer from sudden neglect, such as when its owner starts a relationship that results in it being given less attention; or when a child is born to the household and center of that home´s universe shifts to an infant; or when its environment suddenly becomes so boring because of a change in family structure (perhaps the person that paid it the most attention has left) that the bird will pluck it feathers in order to stay amused. Many Greys will start pulling their feathers as an attention-getting vice. The owner will rush forward and start talking to the bird, paying it the attention that it craves and that it probably received when first acquired. So what does the bird do? It plucks more feathers to continue receiving the same attention.  The bird has trained its owner to respond to its self-destruction.

Grey Parrots like a household that is tranquil. They dislike sudden changes, loud noises, or being moved around. In the wild they spend considerable time interacting with other flock members; never have I seen wild birds interact with other birds like I have macaws, conures, and amazons. The Greys also devote considerable time to foraging. These two characteristics that are ingrained in their DNA are not possible in captivity, where the food is available and where contact with their owner is limited to a few minutes or at most a few hours each day. Keeping the bird mentally challenge during feeding is important.

This means creating games where the food is hidden inside balls of newspaper, in a cardboard box, inside a toy that the bird must manipulate, or anywhere else. I have a friend that adopted a bird that had plucked all but its head feathers; it could not remove those because they were beyond his reach.  The damage had occurred recently and the feather follicles had not yet been damaged.

When the nearly naked Grey Parrot was brought home, the owners asked me about my observations of these parrots in the wild. We talked at length. They felt that becoming part of its flock and keeping it busy for hours feeding were important. Today the fully feathered bird spends several hours daily finding its food, which can be hidden inside a phone book, packed inside an empty tissue box, or inserted into a vegetable such as an eggplant or zucchini, a small wooden box that is moved around the room where it is hidden behind a piece of furniture, small towel, sheets of newspaper, etc. In all, they have developed 23 means of making the food difficult to find. The bird loves the challenge. Its energy is focused on finding its food and not on despoiling its appearance.

When it is done eating, it is part of a flock that includes two dogs and its owners, an elderly couple. The bird is placed on a stand when they eat, watch television or read. It is part of its immediate family—not an outcast who is relegated to another room and paid attention only infrequently.

Keeping the intelligent parrot mentally occupied is key to deterring plucking. With all plucking birds, the immediate step should be to move it to another location and then overwhelming it with enrichment—branches, split coconuts, pine cones, etc.—and keeping it occupied foraging for food. These steps often stops the behavior.

2)When one simply looks at an Eclectus Parrot or Quaker Parakeet, one does not realize how complex their lives are in the wild. Eclectus females are attended by multiple males, who must provide food, protection and expand energy in courting the hen in order to mate. Quaker Parakeets build their own nests, which they must then maintain and expand. The pair and later offspring will contribute to insuring that repairs are continuously made. The chicks when they initially fledge are placed in a crèche system, whereby they learn close association, interaction, predator avoidance, the topography of the general area and mate selection. Single pets of either species are deprived of this behaviour. This can be a reason why they pluck.

With both Quakers and Eclectus I have seen cases where plucking ceased immediately when the birds were placed in a group. I also know of a solution where the birds are allowed to interact with others of their kind that are also pets. Some individuals readily accept another bird as long as the introduction is in neutral ground and this can have a palliative effect.

If group association is not possible, moving the bird to different rooms each day, taking it outside wearing a harness or after its wings have been clipped, letting them climb short trees or forage on the ground (a natural behavior of Quakers), and playing with it may make a significant difference.