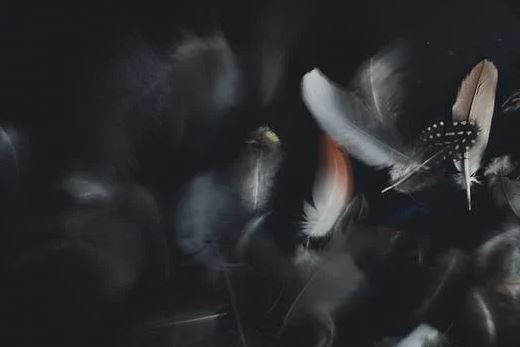 Q & A: “What is the cause of parrot plucking?” Part 2 by Tony Silva

3) Though parrots have been kept as pets since before the advent of Christianity, we really know very little about their dietary needs. This is because until about thirty years ago, no one had really looked at conducting detailed studies of wild parrots’ dietary intake; most feed manufacturers have been complacent about investigating the subject, arguing that most parrots thrive on existing diets, though this is more because of their tenacity than to the diets truly meeting their nutritional needs; and because data on poultry has been readily available, even though parrots are vastly different than poultry: they have a longer life, are primarily arboreal (chickens are terrestrial) and many parrots are specialists (poultry are generalists) when it comes to diet.

Commercial diets may be based on grains that can cause allergic reactions in the birds, causing general itchiness that results in the feathers being plucked, or they may be deficient in key elements. We suspect that wild parrots consume clay to bind it with toxic alkaloids naturally present in the foods they consume; parrots in the wild tend to eat immature seeds, pods, and fruits but plants often load these with toxic elements to deter them from being predated upon; if the parrots waited for the foods to mature and ripen, they would then have to fiercely compete with other birds and mammals for the same resource.

But clay eating may also involve the assimilation of key trace elements or minerals. The eating of bark also binds alkaloids but it exposes the birds to other key elements. The diet may also be varied throughout the year, to obtain key necessary nutrients.

In captivity, even the best intentioned person can barely provide 10% of what the birds consume in the wild.

By feeding a diet of seeds or pellets supplements with nuts, greens, fruits, and vegetables, we may also not be meeting specific dietary needs and this could be the cause of plucking. As an example, I recently acquired three young Scarlet Macaws Ara macao from a friends. They were fed a pelleted diet only. The pellets proved monotonous to the young macaws, which are naturally playful, curious, and prone to pulling each other’s feathers in play.

Before purchasing the birds, they could only eat the pellets and perch. On acquiring them, they were introduced to copious amounts of enrichment and a diet richer in fat, which is supplied by nuts, whole grain bread liberally smeared with nut butter, and palm seeds. They immediately stopped plucking. The improved diet along with the enrichment obviously had the necessary effect.

Plucked birds should therefore not only have their diet carefully analyzed and then compared to their wild diet but should also have access to enrichment, which can provide many nutrients not otherwise available.

4) Plucking may also be hormonally induced. Improperly stroking a male parrot along the back, vent, and under the wings may stimulate it sexually. The deprived bird may start plucking. Females whose ventral side, back, and tail are touched may likewise become sexually active. The problem may exacerbate during the natural breeding season of the bird. Understanding that certain behaviors or giving access to a dark area (under the couch, a cardboard box, etc) may sexually arouse the bird is important, as both can bring out feather despoilment.

With extremely sexually active birds, hormones may be necessary to quench the hormone surges. Without these, the bird may not stop its habit of pulling feathers.

5) Illness is often a factor in plucking. This can range from a bacterial infection to heavy metal toxicity to skin fungus. The causal factor can only be identified by a veterinarian after subjecting the bird to a series of tests. Often the cause can be identified and corrected. As an example, a species from a humid tropical forest that lives in an apartment that is hot and dry in winter may well develop abnormal skin conditions, which causes the feathers to be plucked. The reverse is also possible: a desert or dry area parrot being forced to live in a humid environment may be predisposed to plucking. Only through a physical exam can the cause be identified.

Plucking is a problem that affects all species, but as indicated above it is most commonly seen in certain groups of parrots. Addressing the plucking the minute feathers start appearing on the cage floor is key to controlling and possibly stopping the pattern. The longer the owner of a plucker waits, the greater the risk that the condition may never be cured.

When confronted with a plucker, immediately review your husbandry protocol, housing, and the environment. Start by moving the bird to another area to temporarily distract it while help is obtained. Then observe every behavioral change. Consult your veterinarian and if necessary a behavioral consultant. Not all plucking cases can be corrected, but many can be stopped or reversed with diligent action.