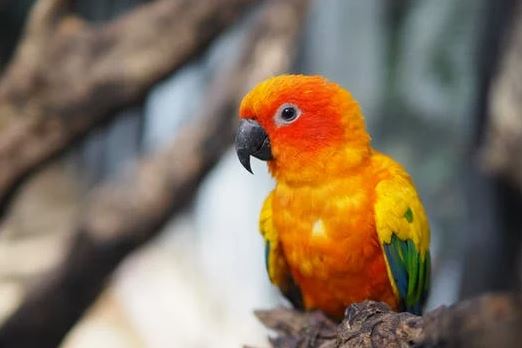 Why are some conures like Psittacara harder to breed than others? By: Tony Silva

Conure is a term used to describe neo-tropical parakeets of the genera Guaruba, Thectocercus, Aratinga, Psittacara, Eupsittula, Pyrrhura, Cyanoliseus, and Enicognathus, all known in aviculture, plus the almost unknown Ognorhynchus and Leptosittaca, which to my knowledge have only been reproduced in a private collection in Colombia. The vernacular name is derived from Conurus, a former catchall name for a broad array of distinctive neo-tropical parakeets.

The conures range from being very easily bred to very difficult to breed. The commonly bred species include the Sun Aratinga soltitialis and Green-cheeked Conures Pyrrhura molinae, both considered domesticated, while the difficult species are confined primarily to the genera Cyanoliseus, Psittacara, and Thectocercus. These three difficult species have several characters in common: they are prolific in the wild, are highly gregarious, and can be considered with one exception (the Hispaniolan Conure Psittacara chloropterus) difficult to induce to nest.

Why do some species prove difficult to breed in captivity? I believe the answer lies in husbandry. The Cuban Conure Psittacara euops is extremely rare in aviculture and cannot be considered established, except in Cuba. The highly qualified former Eastern European breeders failed to establish the species when it was available. Cuban breeders, who lack access to the optimum diets and supplements, on the other hand, breed this species regularly, even on relatively poor diets.

The key to their success is keeping them in groups, one pair per aviary with direct visual contact amongst the pairs. The Europeans inhibited all visual contact between pairs in those circumstances where the breeders were able to acquire more than one pair; most kept only a single pair in their collection. The Cubans have understood that social stimulus seems key to success.

In the wild, this species proves highly aggressive and territorial, but this attitude is focused on usurping a nest and then defending it from other birds. This does not mean that the pair is so territorial that they must eschew all visual contact with other pairs.

The Patagonian Conures Cyanoliseus patagonus and some pairs of Thectocercus (primarily in north-eastern Brazil) and Psittacara (particularly in Mexico and Andes foothills) nest in cliff faces, the parrots utilizing fissures in the rock face. Many other pairs utilize trees or arboreal termitaria. In Florida the Blue-crowned ConureThectocercus acuticaudatus, Mitred Psittacara mitratus, Red-masked Psittacara erythrogenys, and White-eyed Conures Psittacara leucophthalmus nest in buildings, primarily in the roof which they access through vent openings. My observations of pairs in the wild suggest that the nesting site is key to success in captivity.

In captivity, pairs seem to select nests with a funnel at the entrance, which are fairly horizontal or which have a unique structure–almost like a “C” that has fallen forward. I devised the latter nest after observing pairs that nested in Florida and in termitarium, where they tunnel or enter vertically before descending horizontally to reach the nesting chamber. This nest when given to many recalcitrant pairs made the difference: they nested almost immediately.

The proper nest (along with diet) is the key to breeding Psittacara conures and other difficult species. Because of this, I recommend a rather vertical nest with a funnel entrance for Patagonian Conures and the fallen “C” for the Psittacara and Thectocercus species. This nest is placed as high as possible at the front of the cage so that the birds (when in the passageway) are above the cage top. Mesh gives access to the nesting chamber. The advantage of this nest design is that it can be used either vertically or horizontally while the “C” lays on its back.

This article, Why are some conures harder to breed than others?, and ALL TONY’S ARTICLES IS AVAILABLE IN THIS eBook, available to subscribers only.